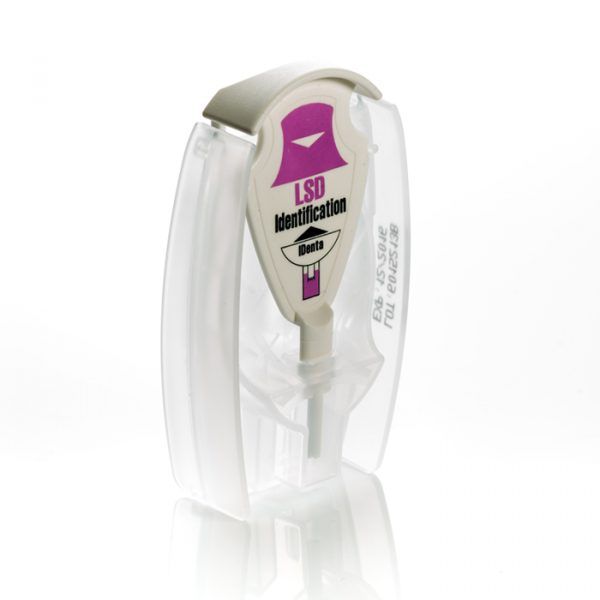 The drug testers from Touch&Know provide clear results within a few seconds and are accurate and reliable even at extreme temperatures. The innovative test method avoids direct contact with chemicals or test substances.

Thanks to high-quality components, all Touch&Know rapid drug tests can be used for up to three years from the date of manufacture.

Lysergic acid diethylamide (LSD) is a white powder or a transparent, colourless liquid. LSD is produced from lysergic acid, which occurs naturally in the ergot fungus that grows on wheat and rye. It is a substance that is not marketable under the narcotics law and is available in the form of liquid, powder, tablets (microparticles) and capsules. LSD as a recreational drug is used as a hallucinogen because it alters human perception and mood. LSD is primarily taken orally, but can also be inhaled, injected and used transdermally. LSD has a half-life in plasma of 2.5 to 4 hours. The metabolites of LSD include N-desmethyl-LSD, hydroxy-LSD, 2-oxo-LSD, and 2-oxo-3-hydroxy-LSD. These metabolites are all inactive. The intake of LSD can usually be detected in urine over a period of 2-5 days.