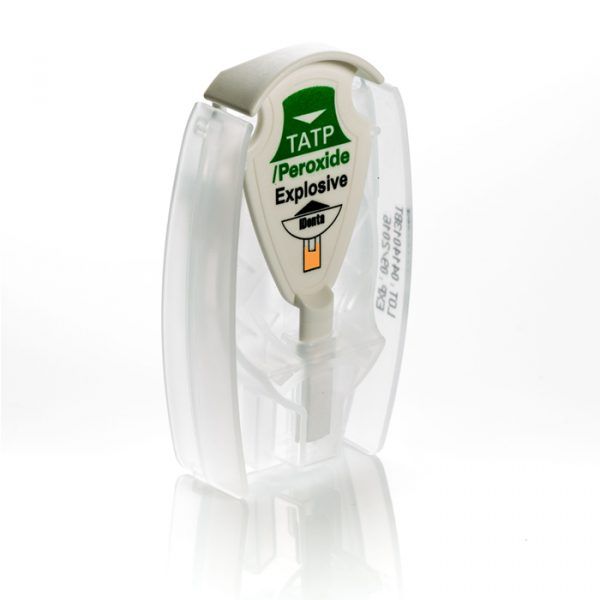 The explosive tests from Touch&Know provide clear results within a few seconds and are accurate and reliable even at extreme temperatures. The innovative test method avoids direct contact with chemicals or test substances.

Thanks to high-quality components, all Touch&Know rapid testers can be used for up to three years from the date of manufacture.

TATP and HMTD are highly explosive substances that can detonate with the slightest shock or impact.