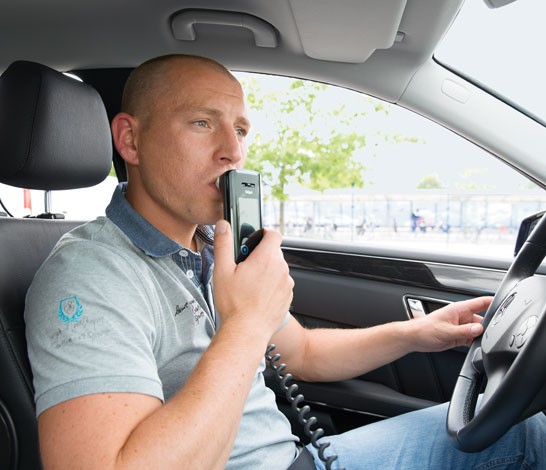 This week the European Parliament passed a resolution on the subject of safety technologies in vehicles. As early as May 2022, life-saving technologies are to be an integral part of new vehicles. Under the new rules, almost 30 different features or systems would have to be installed in new vehicles. Most technologies would be mandatory in May 2022 for new models and from May 2024 for existing models. These would include advanced emergency braking systems, intelligent speed assistance, emergency lane departure warning systems, reversing warning systems and also alcohol ignition interlock devices.

Alcohol interlock systems are breathalysers permanently integrated into the vehicle in combination with an ignition interlock. Before the engine is started, the measuring device prompts the driver to take a breath test. Only after passing the test does the control unit release the vehicle's starter and the engine can be started. Persons under the influence of alcohol cannot start the engine.

High-quality devices, such as the Dräger Interlock® 5000, are also discreet, easy to use and extremely reliable. The device's control unit is connected directly to the vehicle's electrical system under the dashboard. The mouthpiece is attached to the back of the handpiece, so the Interlock® 5000 is not immediately recognisable as an alcohol interlock. The breathalyser usually reliably detects attempts at manipulation and also records them. Even safer is the Dräger Interlock® 7000, which can also be equipped with a camera. This records the breath sample together with the date and time, thus ruling out manipulation attempts.

What is the next step for the EU? The informal agreement between the EU Council and the EU Parliament has yet to be confirmed by the ambassadors of the Member States and on 2 April by the EP Committee on Internal Market and Consumer Protection. It will then be submitted to the plenary session of the Parliament and the EU Council of Ministers for final approval.

Write a comment
This website uses cookies, which are necessary for the technical operation of the website and are always set. Other cookies, which increase the usability of this website, serve for direct advertising or simplify interaction with other websites and social networks, will only be used with your consent. More information
Decline Configure